Utah Embraces Constitution, Ditches Concealed Carry Permits
The Beehive State joins 16 other states that have adopted a permitless concealed carry system
by FRANK SALVATO February 11, 2021
As the nation’s gun sales soar, the State of Utah has is set to adopt a permitless concealed carry system in which anyone legally permitted to own a firearm – from any state in the Union – can carry a firearm under his or her clothing while in the state.
Governor Spencer Cox (R), will sign legislation this week to eliminate the permit requirement currently in place for carrying a concealed weapon. The act will permit any law-abiding person over the age of 21 to carry a concealed firearm while in the State of Utah. 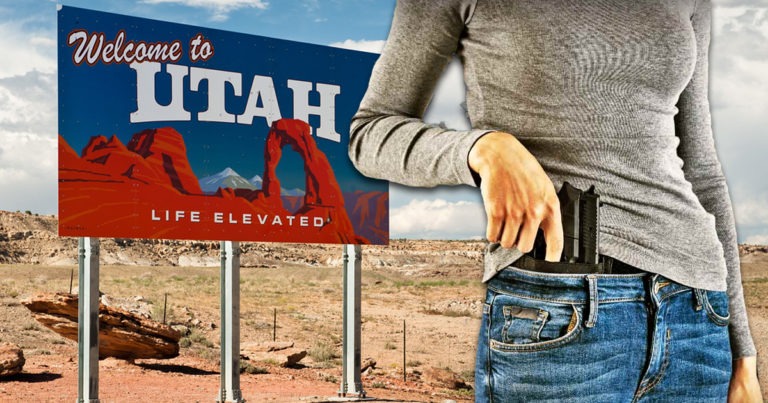